The Superiority of Local Computing in Business Operations 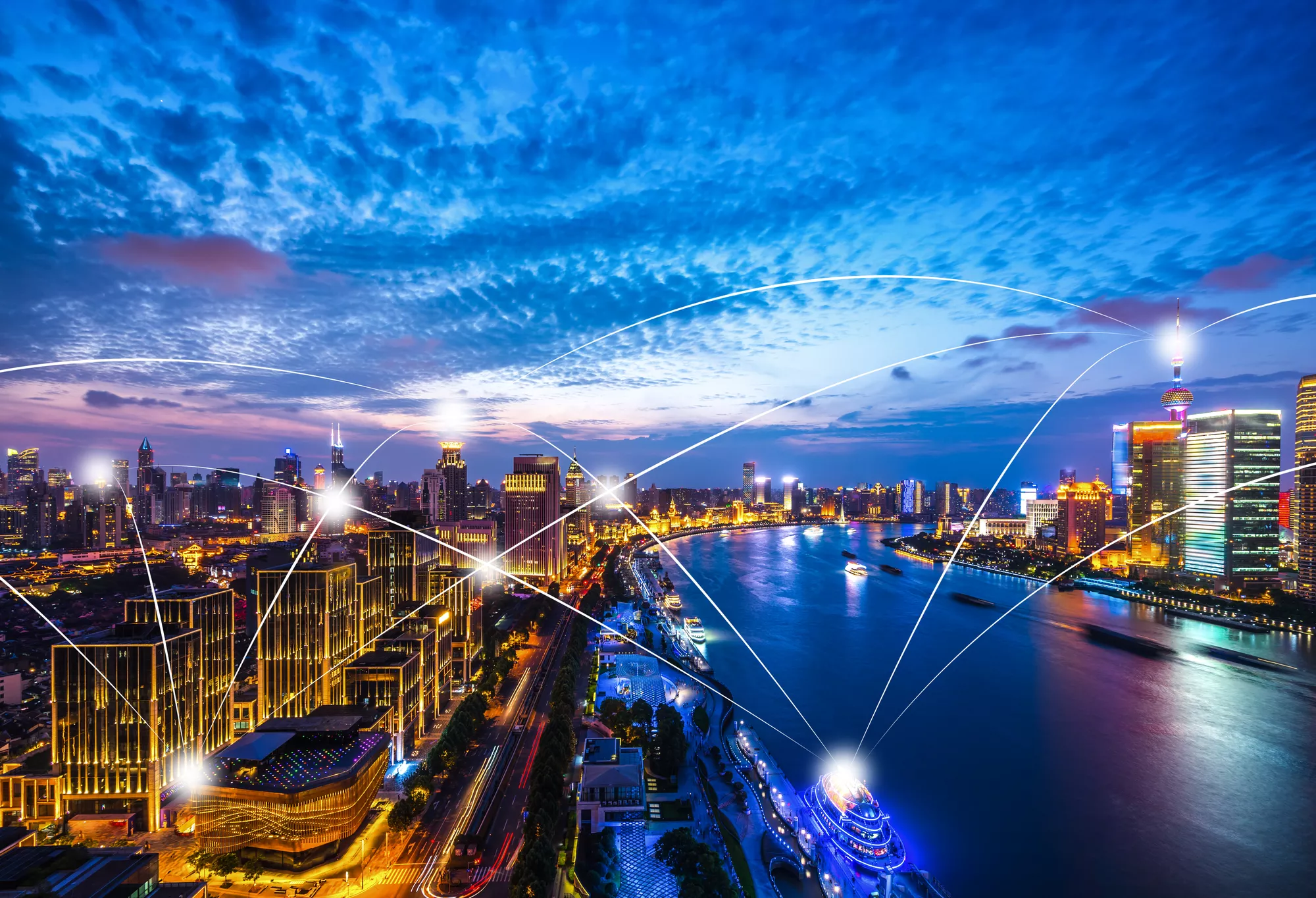 Edge computing represents the natural next stage in the evolution of the internet. This technology enables businesses to offer services beyond the bounds of traditional cloud computing. By putting servers nearer to where customers use data, you can give the users a more responsive experience, giving you an edge over the competition. The transition is happening now, and quickly! An recent IDC report expects the edge computing market to reach over $250 billion by 2024, and a similar recent Gartner report predicts that a staggering three quarters of internet data will go through the edge in 2025.

So what is driving the transition to edge computing? While the majority of data processing now occurs in large data centers, an increasing need for faster, more responsive data services is nudging the move to the edge. Edge computing puts data center power closer to where people can use it. This allows firms to offer more and faster services at lower total cost, and with greater regulatory compliance. It’s a low-latency layer near the user—the edge can drop latencies by an order of magnitude. It’s practically like having the entire internet on a local server.

Miniaturization of data centers allows the equivalent functionality of a cloud service, but in a deployable cabinet. This marks a major development in the delivery of data over long distances. As the amount of data that we use becomes much larger from IoT and other low-latency uses, we need smaller data centers, and more of them.

Edge computing thus allows businesses to operate faster, safer, and more efficiently. The proliferation of 5G fuels the expansion of the edge, along with many new applications (like artificial intelligence or remote medical monitoring) that require low latency. Processing data locally for these and other uses allows for nearly instantaneous responses.

Another trend driving the popularity of edge computing is software containers, like Kubernetes. These allow for far more adaptive services, but necessitate a more adjustable infrastructure. Instead of just sending containers from the enterprise to the cloud, we can now move containers to the edge, to process work even faster. The same goes for digital twinning, which pairs software with hardware objects. For example, an organization may move a container to near a factory over 5G for a real-time solution, with a digital twin in the cloud.

Neuromorphic processors—technology that essentially mimics the human brain, enabling computers to learn by using far more efficient hardware for the task than regular processors—are also dependent on edge computing. As the human brain requires real-time interactions to learn, so do neuromorphic processors. The edge provides the rapid response times necessary for their learning missions.

Edge computing builds on traditional cloud computing, but does have considerable differences. The edge migrates computation from a few large data centers to many smaller systems closer to the user.

Edge computing operates outside the traditional center. It can work in factories, public areas throughout cities, or anywhere one needs data. This can increase security by not transferring nearly as much sensitive information over the internet as a cloud service might. Maybe more importantly, the edge decreases processing delays, enabling devices and applications to run much faster.

As such, edge computing typically proves superior when a device needs to be able to manage itself. For instance, edge computing can help climate control or traffic lights be more accurate. Processes become more agile, with increasing availability of analytics. In contrast, applications requiring immense amounts of data, like automatic video systems, may do better remaining in the cloud.

As connected devices become ubiquitous, possibly the most popular use cases will be home use devices. While cloud storage will likely remain a useful offering for large backups, the edge gives local devices greater security and real-time responsiveness.

Another constraint on older cloud technologies is (somewhat ironically) the delivery of large volumes of data. With people streaming massive doses of Netflix and other data, the providers are struggling to retain the responsiveness of these services. Edge computing allows them to store much of the relevant data near the customer, speeding up performance. The edge can also decrease strain on backhaul networks, by moving much of the processing to the customer location.

Businesses are building the edge with the expectation of well above average return on investment. Old processes can become revitalized, and new processes become feasible. Regardless of which specific business operations you move out of the data center, you stand to gain a competitive edge. Consider how edge computing can assist in delivering low-latency applications and streaming data, just for starters.

Each business needs to identify the areas where it can gain leverage from faster responses. For example, predictive maintenance involves detecting problems before they occur. This can decrease downtime, but requires real-time analytics enabled by the edge. A robotic device in a factory may fail, but the edge is fast and smart enough to find and fix the issue before products are lost, potentially saving millions. The edge combines the best of the internet’s deep power with local speed.

A business’s success hinges on its speed. We’ve all seen how slower speeds or higher latencies can disrupt customer experiences. The edge drastically decreases latency, while boosting speed. For data streams and interactive applications, the edge makes transfers happen right away.

With the edge, latency can drop below one millisecond, down into microseconds—mere millionths of a second. Serve your customers before they even notice to increase their satisfaction. Data doesn’t have to travel great distances to go between the edge facility and the customer. Edge speeds are so fast that nearly half (44.9%) of edge data is accessed in real-time, as if it were on-device.

A study of hundreds of international IT decision makers found that business owners want low latency even more than they want high speed. This matches up with the edge’s key advantage. Businesses expect this innovation to assist with nearly all of their performance indicators, including customer satisfaction, cost, compliance, and agility. Decision makers also want to constrain the maximum latency to under five to 10 milliseconds. For this and other reasons, a sizable part of enterprise IT spending in the next few years will occur at the edge.

Businesses rely on data security, and local computing can increase this. The idea of edge technology safeguarding data more is a bit counterintuitive: after all, the edge puts data in susceptible areas. Nonetheless, thanks to monitoring services like RF Code for Edge, edge data centers offer comprehensive security. Furthermore, by virtue of their customer-centric location they do not expose massive amounts of data to the public internet, as occurs when one sends material to the cloud.

Another security advantage for the edge lies in how spread out it is. The edge comprises multiple different technologies over a large area. Thus, disruptions have minimal effect, unlike consolidated data centers. Additionally, edge computing can assist businesses in handling compliance and data sovereignty issues.

Given the distribution of edge servers, threats can be detected early to alleviate effects on the remainder of the network—unlike traditional data centers, where any small threat impacts the entire center.

With the edge, your business can have confidence that operational data remain where they belong. As customers increasingly rely on mobile devices, localizing computing resources to minimize the vulnerability of data makes more sense.

But administrators can and must secure edge facilities. This has resulted in numerous automatic tools for protecting critical systems. The edge allows for automatic security fixes for all connected devices. This offers tighter security than having a loose mix of unsecured devices, which can’t use a central data server for low-latency tasks. Adding security modules to the edge allows admins to cordon off threats, protecting the broader network.

Businesses need to expand, but they can’t necessarily foresee their expansion rate. The edge enables organizations to increase their storage and computing resources as necessary. Instead of spending money on expensive data centers, businesses can use smaller, local resources like content delivery nodes. This allows for large volumes of data without large costs.

IoT devices and their supporting computational power can be installed fairly automatically with edge sites. This differs from older data centers, which may require complex efforts. By using containers, a business can easily deploy applications to efficient locales. Putting data near devices assists businesses in managing the swelling costs of installing more intelligence in products.

Scaling IoT output without the edge can quickly become unmanageable. The network simply can’t handle that amount of bandwidth. This may also require costly hands-on intervention. Installing at the edge allows for a more efficient and automatic system.

The proliferation of edge technology in aforementioned fields like healthcare, autonomous vehicles, and factories illustrates its reliability. Having data very near the user practically eliminates networking issues. Also, given that there are far more edge locations than central data clusters, edge services have more reliability against failures in general.

It doesn’t matter how fast an application is if it can’t function correctly. Even some of the largest names in technology suffer outages that can affect their services. This drives customers off, and leaves a scar. The edge makes it possible for businesses to manage outages large and small with minimal disruption.

Even in the uncommon event that an edge installation does require some downtime, having multiple nearby edge locations assures businesses and their clients of seamless operations.

Edge Computing Is The Future

Edge networking is revolutionizing IT. Are you prepared for it? For your mission-critical business operations, real-time data monitoring helps you keep your finger on the pulse of events. RF Code for Edge offers industry-dominating edge monitoring services.

Along with the other technological advances in the so-called “fourth industrial revolution” like big data, IoT, and AI, the edge is increasingly becoming a core component of organizational activity. As more people work remotely and use digital tools in all aspects of life, local computing makes businesses operate more efficiently. The edge makes businesses more agile, allowing them to offer customers fast, safe digital products. Keep those edge sites secure, without even having any personnel on-site—reach out to RF Code today and let’s secure your edge operations.